A bright white light floods the tent. Is it morning already? Groaning, I fumble  above my head for my phone. 12.03am.

Who the bloody hell does laundry at midnight?

We were at the quietly beautiful and beautifully quiet village of Lake Hawea, just 20 minutes from Wanaka. Someone along the trail told us that the Lake Hawea Hotel offered camping spots on its grounds for just $10 per night, including use of the backpacker’s kitchen, showers and unlimited WiFi. Bargain!

So after a knee-grinding morning descending 950 metres from Breast Hill, we hauled ourselves along the lake front and pitched our tent on the hotel’s terrace overlooking the lake. 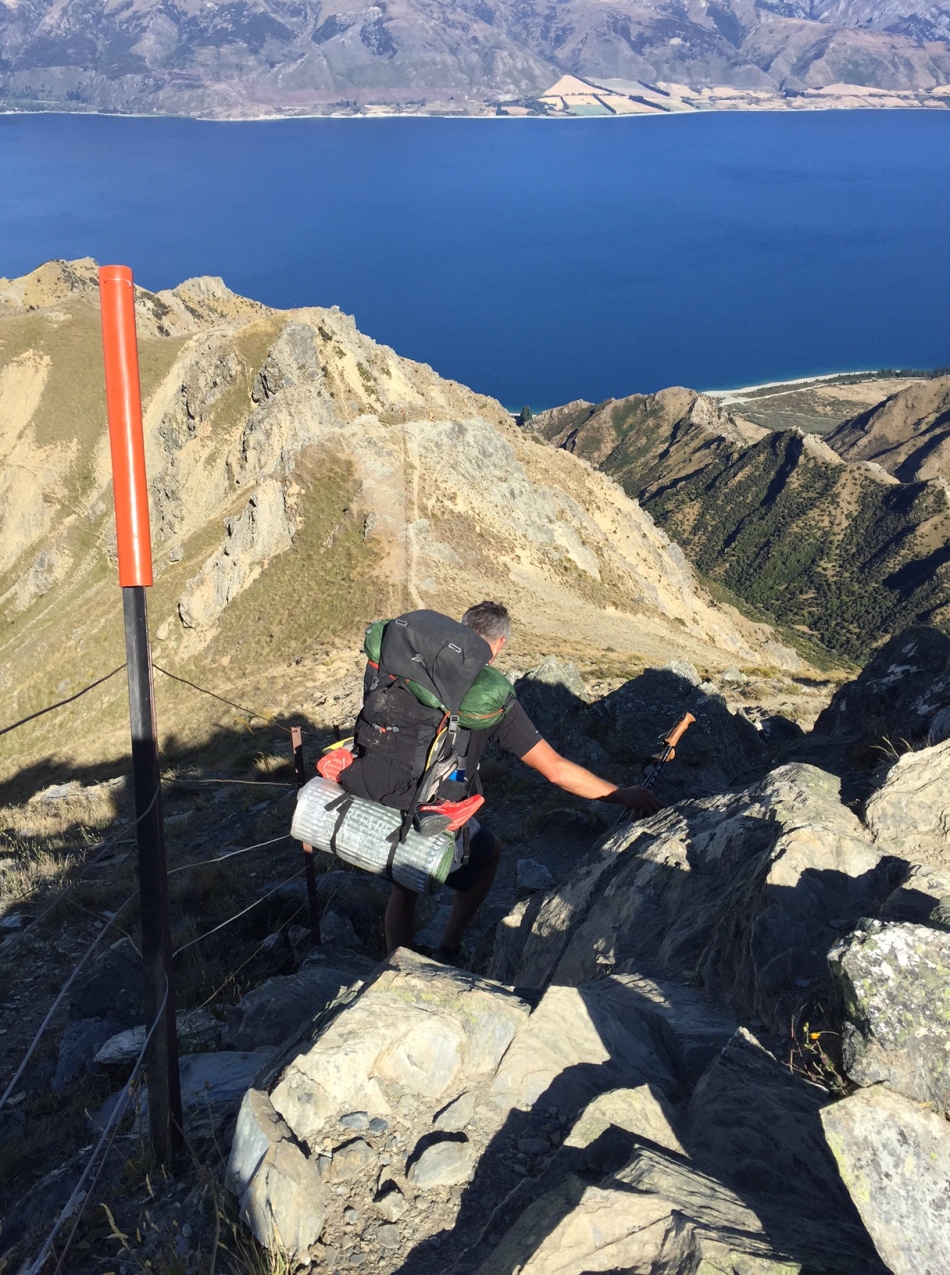 Just 11 hours later, after a bottle of local red and a good feed, we were trying desperately to get some sleep. But a group of backpackers seemed intent on testing us.

The first time we woke it was to the ca-clunking of car doors not two metres from our tent. Okay, fine, people arrive late and need to sort themselves out. But seriously, how many times do you need to open and close the same door?

We shuffled around in our sleeping bags and tried to doze off.

It wasn’t long before a group of German guys (the door-slammers perhaps?) started having a conversation right outside our tent. Loudly.

“Shhhhhhhhhhhh! People are trying to sleep here!” Mat yelled at the tent wall.

“Sorry,” a male voice replied, in a tone that implied he wasn’t at all. And as suspected, the conversation soon continued.

We didn’t even have a chance to return to the Land of Nod before the light in the nearby laundry building went on. And it stayed on.

In a sleepy rage, I slid out of my cocoon, contemplated whether to bother getting dressed, decided that would be the best option, dressed, angrily unzipped the tent, stormed over to the laundry building and turned off the light. As I did so, I noticed a sign on the door – “Laundry open between 8am and 9.30pm only”

Returning the five short metres to the tent, I passed a girl talking loudly on her mobile. My rage bubbled.

“Can you please find somewhere else to have your loud conversation? We’re trying to sleep over here.”

She looked mildly scared, mumbled an apology and shuffled away.

Feeling satisfied, I settled down once again into the tent. But, sensing that this was not the end, I remained dressed and didn’t bother snuggling into the sleeping bag.

Not five minutes later, our tent was again flooded with light.

Yanking the tent open, I flew to the laundry room and threw open the door. Inside, the mobile-phone girl jumped a mile. She was standing at the sink, hand washing her clothes. I yelled something to the effect of “what kind of idiot does her washing at midnight?!”, slammed the door and zipped myself back into the tent.

The light remained on.

By now, even Mat was furious. “It’s like daylight in here!” he yelled, taking out his anger on his trousers as he dressed.

Simmering in the tent, I heard Mat stomp over the laundry room, where the mobile-phone girl was presumably still washing her delicates, and heard him shout:

“Can you read the sign? NO WASHING AFTER 9.30. The light is disturbing everyone. We’ve had lots of complaints. I’m turning the light off.”

“I’ll only be five minutes,” was the girl’s muffled reply.

“Ummm okay, I’ll finish in the dark,” she said, defeated.

And with that, the tent was dark once more. Mat clambered back into the tent, where my anger had dissipated into laughter at the idea of the girl washing her clothes in the dark.

Of course, that wasn’t the end. For what little remained of the night, we were kept awake by more car doors, more loud conversations, and camper vans coming dangerously close to wiping out our tent altogether.

By the time daylight hit our tent (real daylight, not the laundry room light), we were exhausted. But we had learned some very valuable lessons: never pitch your tent near a laundry room, never underestimate the stupidity and selfishness of backpackers, and never mess with tired Mat. 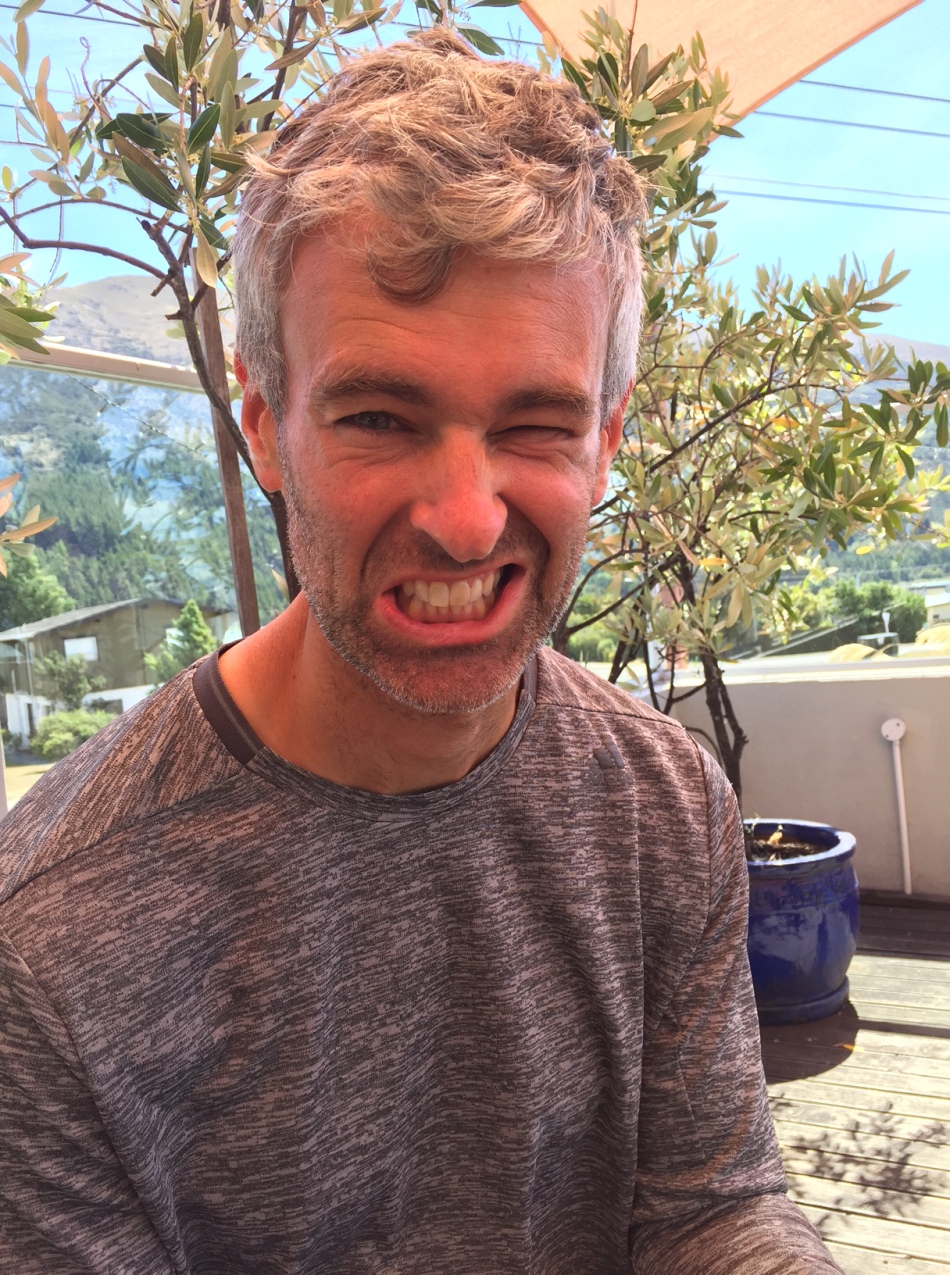 Seeking shade on our little run today. Is anyone else over summer already?! 🥵 I hate wishing away February but really can’t wait for crisp autumn mornings 🍂
Just cruising to the mechanics. Not sure if we would have run today if we had the car 😉 but it can only be a good thing to stretch the legs (twice). Plus I got to try out my new goodr birthday sunnies 😎
And then there was Prosecco! Loving the finish line party @oscars100hut2hut . . #oscarshut2hut