We’ve made our list and checked it twice, now we’re ready to reveal the Australian running destinations that are naughty and nice pretty freaking awesome.

Putting together our list of the best places to run in 2017 was a simple process: we looked back at the most incredible destinations we’ve run in the past year. The corners of Australia that blew us away with their deep red gorges, rippling ridges and vistas that go on and on and on. The trails that chewed us up and spat us out the other end, craving more. Destinations that, without exception, we would return to in a heartbeat.

So what are you waiting for? Pick your inspiration from the list below, pack your gear and start running!

So-named for its slate-coloured haze from towering eucalypts, the Blue Mountains National Park has earned its place on the World Heritage List and then some. To say this national park is spectacular would be one helluva understatement.

This is a place of brobdingnagian proportions: the climbs are sheer, the valleys are deep, the steps are unforgiving (Furber Steps, anyone?) and the trails are unforgettable. Don’t miss the Leura Cascades and the infamous Six Foot Track.

Where: Less than two hours from Sydney by car or train.

Save the date: Ultra Trail Australia (UTA) is the annual running festival held in May and easily one of the greatest events on Australia’s running calendar, in our humble opinion. As two-time finishers of the UTA 100km, our advice is simple: train on stairs like never before! Here are 13 more lessons you need to know.

But let’s be clear: just because you’re in the Central Australia desert doesn’t mean it’s flat, easy running. Quite the contrary, dear runner. This trail takes you kicking and screaming (and then oohing and ahhing) up steep red slopes, into rocky gorges and bouldering over dry riverbeds. And you’ll love every step.

Where: The trail starts at the Telegraph Station in Alice Springs, NT, and finishes at Mount Sonder, the fourth highest mountain in the Northern Territory (1380m).

Save the date: Run Larapinta by Rapid Ascent and Tour de Trails’ Larapinta tour are two incredible opportunities to run the trail with like-minded crazies adventurers. The best time to run is June to August. Inspired? Read about our Run Larapinta rollercoaster experience.

Pondering over where to spend an active holiday in 2017? Albany ticks all the boxes. With good coffee and great wine, the town has everything you could need in a holiday base while you spend day after day exploring the trails.

Enjoy a morning run over the local peaks and around King George Sound before a ponderous afternoon at the National Anzac Centre. Get lost on the network of hiking and mountain bike trails. Run out to Bald Head and back (a spectacular 16km) then marvel at The Gap. Take a short 40km drive out to the Porongurups to run amongst the Karri Trees or, better yet, the Stirling Ranges.

And whatever you do, don’t leave without spending a few days on the Bibbulmun Track (“Bib” to locals), which runs 1,000km from Albany to Kalamunda in the Perth Hills. 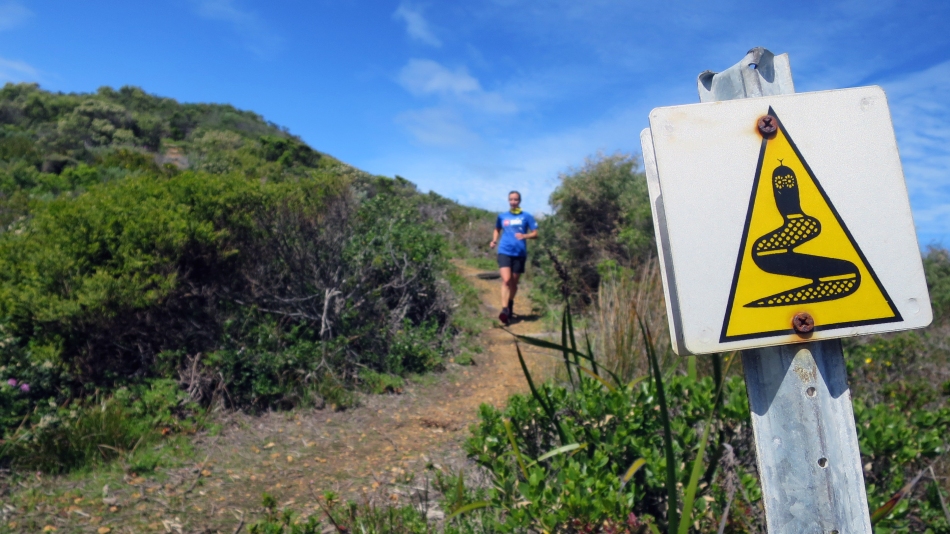 Where: Albany is on the south coast of Western Australia, 400 km south of Perth.

Save the date: The Albany Trail Run in October has it all: sand running at low tide, single track over granite headlands and 4WD trails through coastal wildflowers.

Want to escape city life? Head for the hills! Victoria’s High Country has long been a playground for cyclists, and now runners have caught on. From Buffalo to Mystic, Razorback to Feathertop, there is no better escape than to explore hundreds of kilometres in the Victorian Alps (parachutes optional).

The best bit is you can pop back down to Bright, grab a beer or take a dip in the river, and then head straight back up again to explore more trails. Heaven.

Where: Bright is approximately 300km from Melbourne.

Save the date: Got your calendar at the ready? The Buffalo Stampede in March is the ultimate trail running event in Victoria. Road runners (or those who value their quads) might prefer the Bright Fun Run in April. Then there’s the Razorback Run, Mt Buller Sky Run, Oscars 100 Hut2Hut (new in 2017), and, the cherry on top, the Alpine Challenge.

The Grampians has always been top of our list for trail running, and it’s about to get even better thanks to the new Grampians Peaks Trail. The first stage is already open (hurrah!), so you can enjoy 33km of uninterrupted trail from Halls Gap to the Pinnacle, Messmate Forest, Mt Rosea and back to the start. If that’s not enough (it won’t be), pitch your tent in Stapylton campground and explore the Northern Grampians.

Where: The Grampians is about 3 hours’ drive from Melbourne.

Save the date: The Wonderland Run in August takes in the highlights from Halls Gap – don’t underestimate the climbs! Meanwhile, Peaks & Trails (also in August) offers trail runs from 6.4km up to 50km exploring the Southern Grampians from glorious Dunkeld.

Queensland’s answer to the Grand Canyon, Carnarvon Gorge is a hidden paradise carved out of sandstone 27 million years in the making. If you only have a couple of days, the 30-ish kilometres you will find in the gorge itself are striking and mesmerising.

Towering cliffs, natural amphitheatres, creeks with platypus, and the biggest Aboriginal stencil art gallery in Australia makes you feel like you’ve been zapped back into prehistoric times. That is, if prehistoric times had a brilliant bush resort complete with a happy hour.

If you have longer, the 87km Carnarvon Great Walk will take you through the guts, up and across the Great Dividing Range before returning into the Gorge via Boolimba Bluff.

Where: From Brisbane, Carnarvon Gorge is a 750km road trip via Roma and Injune.

Save the date: No running events here…yet. So our advice is to visit during April and May. Avoid school holidays if you can. If you can’t, book your campsite early!

Where will you be running in 2017? What would you add to our list?

We’ve got lots of exciting adventures in the works for 2017 and will be sharing our stories and inspiration of running and travelling – join us! 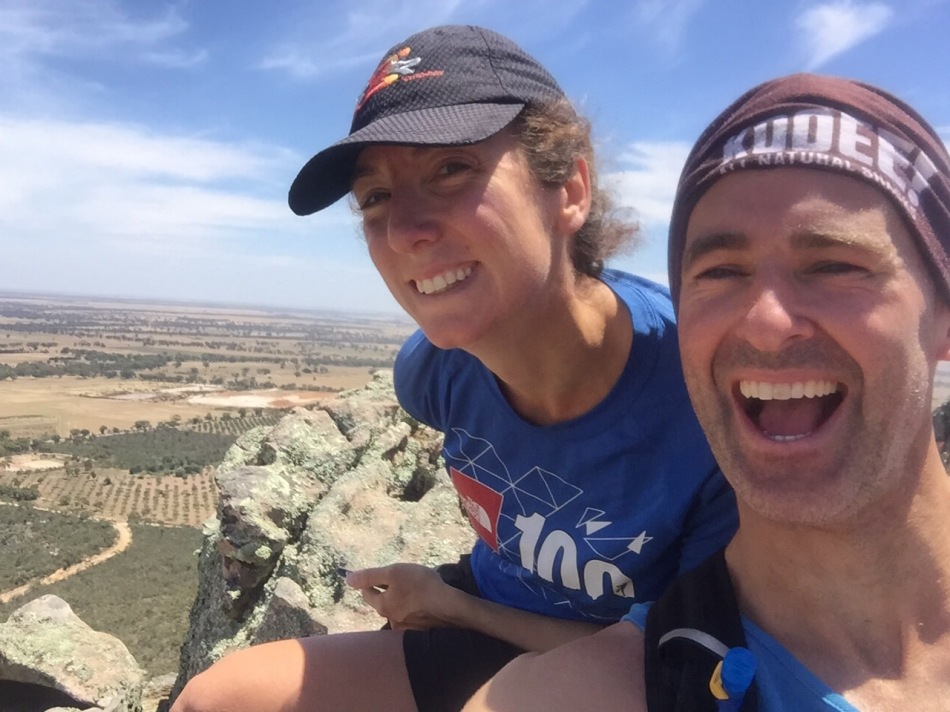 Okay, we don’t get on our bikes much. But when we do, we love it. Except for one thing - my bike is shite and Mat’s bike is about 24 years old and only has one gear. 🤣 🚲 👎 . . So, the question is... do we invest in the real deal? And if so, what do we get?! 🤔
My favourite day of the week 😍 . . Thanks for the good vibes @trails_and_ales_bright (and the yummy birthday cupcakes 🧁@ezza_roo ) 📸 by @followmywheel
Seeking shade on our little run today. Is anyone else over summer already?! 🥵 I hate wishing away February but really can’t wait for crisp autumn mornings 🍂