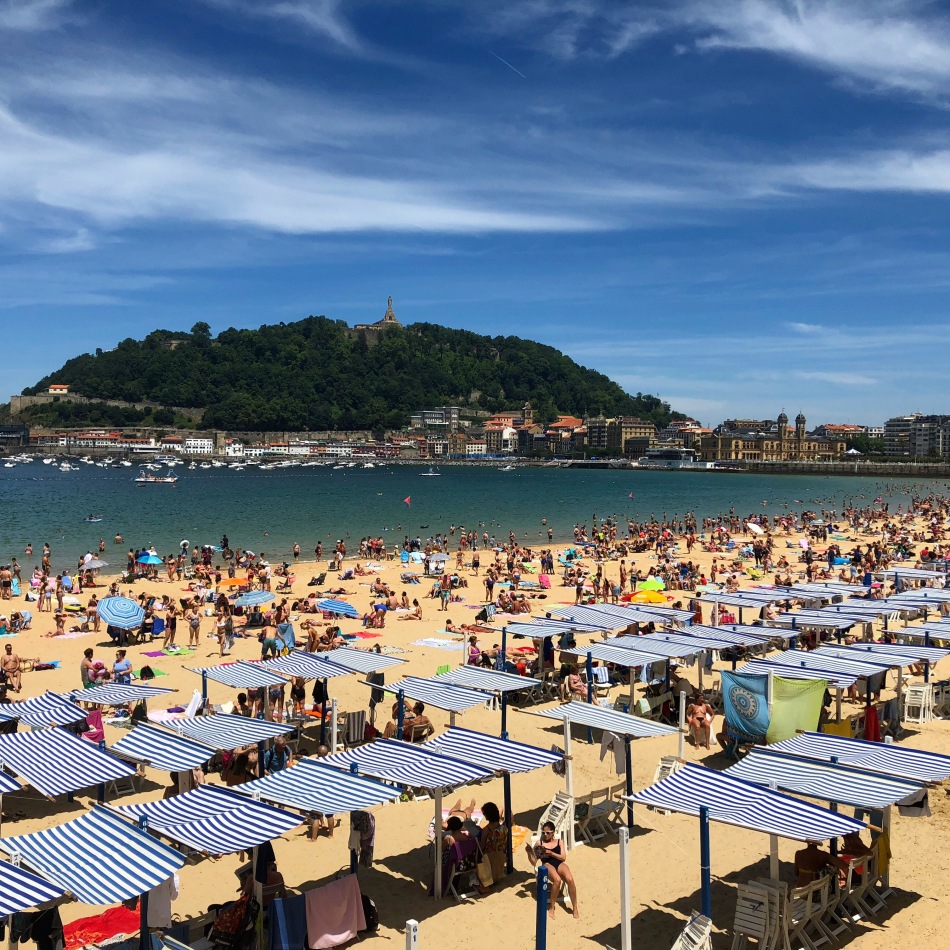 RUN TO EAT. Yup – that pretty much describes our past week in San Sebastian (Donostia), in the heart of Spain’s Basque Country.

Each taberna is different from the next. Who knows what you’ll find piled onto a little slice of baguette. Anchovies and peppers. Quail eggs, chorizo and black pudding. Fried fish and potato tortilla. Crab meat, sardine, slither of boiled egg and salmon, topped with a perfect prawn (Mat’s favourite).

When we can’t face any more pintxos, we head back to our Airbnb apartment which we share with our good friends Jen, Lewis and 2-year-old Owen in the tranquil barrio of Amara and siesta.

There’s only one problem with this awesome routine: pavements.

Because this was supposed to be a relaxing week before our big GR10 adventure, we haven’t ventured into the hills and lost ourselves on any trails. I’m not even sure where they are! So instead, we’ve been pounding the pavements. But we have found some pretty solid hills to keep us honest.

First, there’s Monte Urgull, a spectacularly lush green mountains overlooking the Parte Vieja (old town). A maze of trails winds up to a 12th-century military fortress at the top of the hill, where Mat insisted on re-enacting Game of Thrones, complete with theme music and dragon attacks.

Around the bay, watching over La Concha is Monte Igeldo, complete with a century-old amusement park at the top. We skipped the funicular railway in favour of a sweaty run to the top. We also skipped the rides… 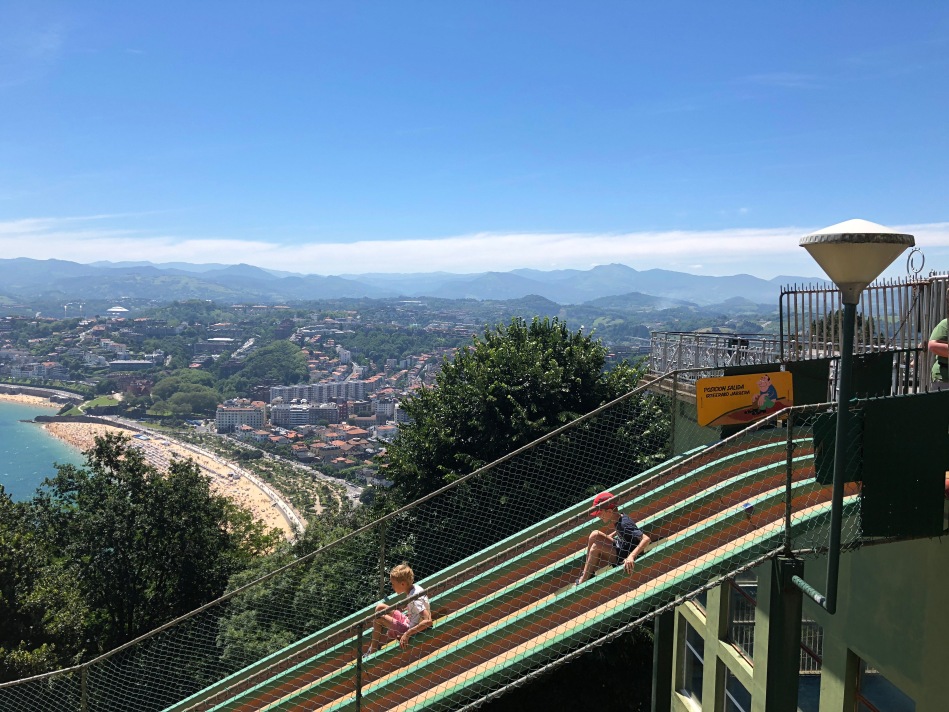 Before we go, here’s some more pintxos: 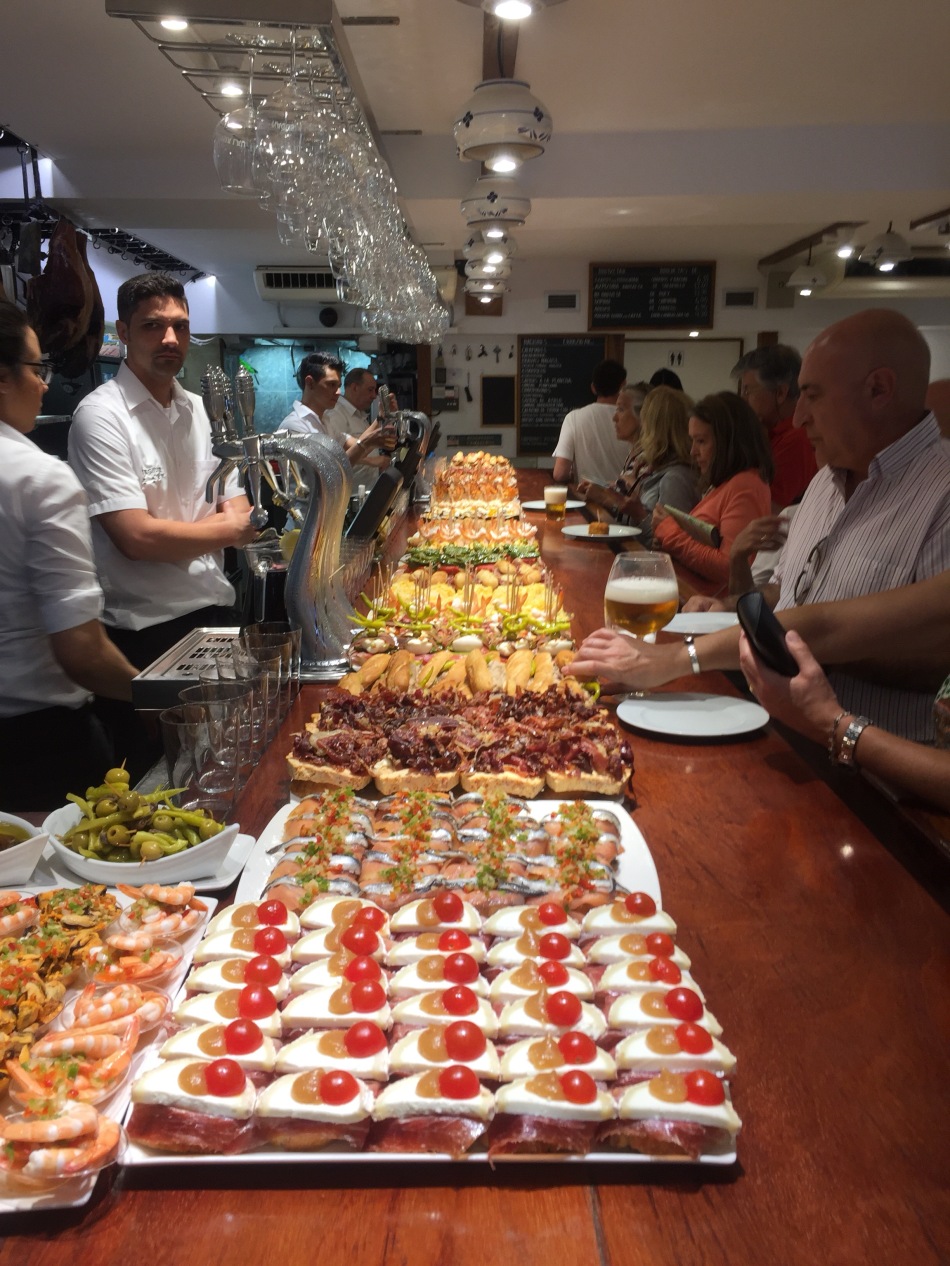 0 comments on “Pintxos and Pavements”