No doubt about it – our daily interactions with the French are the most entertaining part of the GR10. Mostly because neither Mat nor I speak French. Well, I can remember how to say “dans ma chambre il y a” (in my bedroom, there is…) and I can tell people I’m 13 years old. But my parle skills pretty much end there.

Here’s how a typical interaction goes on the trail:

We met some awesome people on the trail today. First there was the guy I’m going to call Jean-Pierre, because we never got his name and he looked like a Jean-Pierre. We camped with him on the grassy hummock – he has 20 days to hike parts of the trail and was really chilled out. He spoke more English than we do French so we enjoyed some basic chit-chat about the trail. Plus, he rescued my laundry when it fell from my bag (another Nicki packing fail) and presented it to me with a proud grin when he saw us in the village.

Where we camped last night at St. Engrace had a whole village of interesting people. We could have watched them all night. Especially when a big group of trail runners turned up at the tiny bar and started getting pissed on the local liquor as they planned adventures. There were highlighters and spreadsheets – I like to think they were gearing up for a big running event, but we’ll never know.

In the same bar was a French hiker who had just completed a 43km day and wanted to get drunk with us. We didn’t want to get drunk (yet) so politely declined his offers of wierd-smelling luminous green liquor and giggled as he tried to tempt someone else. 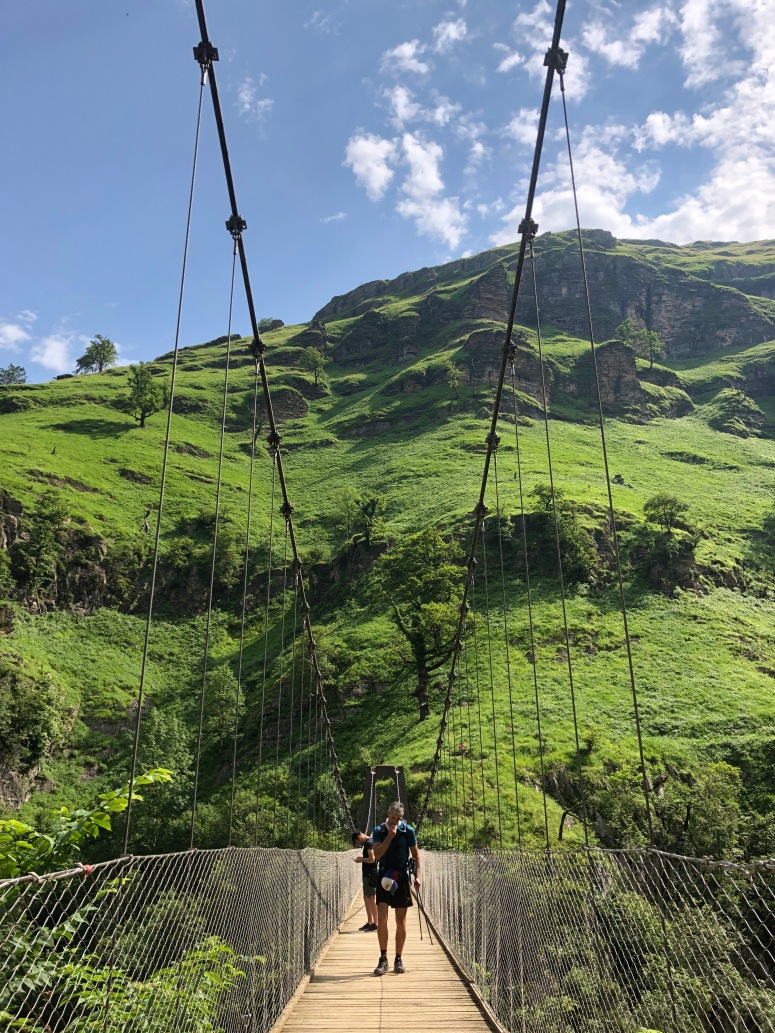 And off she went.

We tried to find someone to ask, and nobody knew what we were saying. Either they thought we were trying to order more baguettes or that we really like ham and tomato. Who knows? Luckily, a drunk lady translated for us and after another agonisingly hungry ten minutes, the baguettes arrived.

But man, were they worth the wait!